Global losses to ad fraud were $35 billion in 2020 and according to the World Federation of Advertisers, that number is expected to grow to $50 billion by 2025.

These numbers should be concerning to any marketer—especially if you’ve been hands-off with your programmatic ad strategy and execution. Here, we explain what ad fraud looks like, why it happens, and the steps your team can take to avoid it.

What is Programmatic Advertising?

Before we dive in, let’s define what programmatic advertising is.

With the help of automation, programmatic advertising allows companies to dynamically serve ads depending on who is viewing the ad.

The “how” behind programmatic advertising can get rather technical but to sum it up neatly, there are Demand Side Platforms (DSP) and Supply Side Platforms (SSP) that communicate with each other to bid on ads in real time. Advertisers and marketers use the DSP to bid on and manage digital ad spaces. Publishers use SSP (like Google Ad Manager or Sharethrough) to manage ad inventory, sell ad space, and collect revenue.

For marketers, the benefits of programmatic advertising with a DSP are that you can manage all digital ads through one platform, optimize ads in real-time, and serve more personalized ads.

Programmatic advertising when done well makes sense: you serve your ads to relevant audiences and can optimize your ad parameters as you go in real-time. However, the process can seem intimidating for many marketers—especially for small to midsize teams who don’t have the resources or bandwidth to learn how to make the most of programmatic advertising.

This is where ABM platforms emerged to provide an easier solution that would supposedly allow marketers to set their programmatic ads on autopilot. Rather than marketers having to figure out how to use a DSP on their own, ABM platforms act as the middleman between advertisers (you and your marketing team) and DSPs.

Their pitch is that they’ve created a way that makes it easy for marketers to implement programmatic advertising. And while the hands-off approach is easier, marketers end up trading accuracy and precision (which are key factors for programmatic ad and ABM success) for ease of use.

Additionally, the controls marketers have in ABM platforms tends to be minimal. This means it’s harder to serve ads to the right target audiences and to prevent and minimize ad fraud from happening. 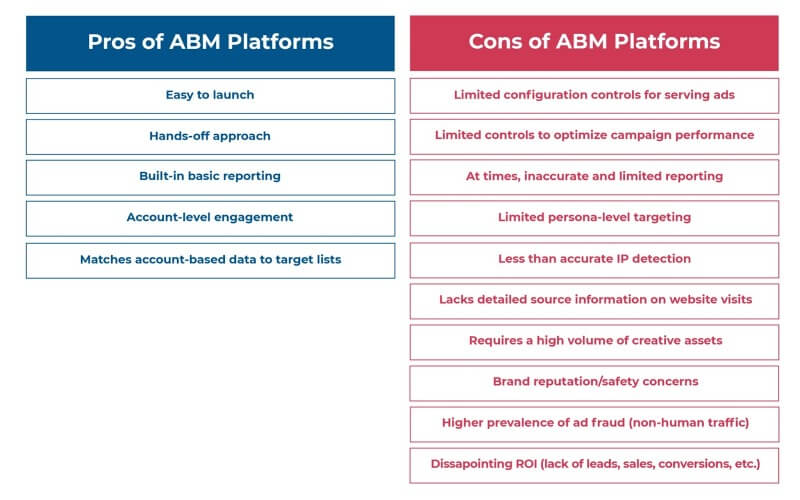 With limited controls and visibility, marketers become reliant on the ABM platform to deliver on their promise. The big question is, how often does that actually happen?

Historically, ad reach has been a key benchmark for success. Some ABM platforms and even some ad agencies will leverage that, promising extraordinary ad impressions and reach. However, there’s usually an underlying issue that overinflates these numbers: programmatic ad fraud.

Programmatic ad fraud is when ads are intentionally misrepresented, have little chance of being seen, or experience non-human (bot) traffic.

There are many types of ad fraud that can happen and provide marketers with a false representation of ad impressions and overall campaign performance. Below are a few common examples of programmatic ad fraud, but keep in mind that this isn’t an exhaustive list. Ad fraud is rampant, and scammers may continue to find new ways to commit ad fraud.

Why Does Ad Fraud Happen?

Many well-meaning marketers trust the ABM platforms they use for programmatic advertising and don’t realize what’s actually happening. They see great ad impressions and traffic—the numbers they’re being pressured to deliver on—and want to believe that the platform they’re using is staying true to their word.

The sad truth is that many ABM platforms and ad agencies have little incentive to try to prevent ad fraud. Whether ad impressions or clicks are genuine or fake, they make money as long as their clients have some perceived value from the ad campaigns. There’s really no reason for them to dig into the clicks and impressions or to take measures to prevent any potential fraud. In fact, they may even feel that they risk losing business by delivering fewer impressions and clicks, even if they are of higher quality than larger campaigns generating lots of empty clicks and impressions.

As a result, it’s easier and more profitable for these platforms and agencies to stay quiet. It’s up to the marketers to realize that quality is greater than quantity, take initiative of their ad spend and strategy, and demand answers from vendors.

How Can Evidence of Ad Fraud Be Discovered?

The primary method of discovering whether or not ad fraud exists is with an analytics tool such as Google Analytics or Adobe Analytics. Often, you will find user behavior in your ad campaigns that is very unusual compared to other digital traffic channels, such as organic search. For example, in one test, we saw that almost 100% of the users with the same internet service provider would display almost identical behavior once reaching the website: 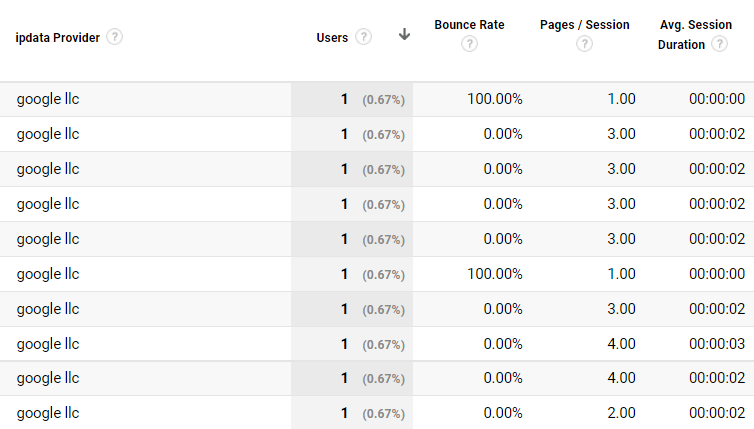 In the above example, we could see that the majority of users on this network would reach the campaign’s landing page and then either bounce immediately or refresh the page anywhere from one to three times within a few seconds and then exit the website. We could tell that the users were refreshing the same page because the second and third pages of these sessions were identical to the first.

In another test, we created a Goal in Google Analytics that would trigger whenever a user reached the landing page for a few seconds. Typically, Goals are reserved for conversion actions such as forms: 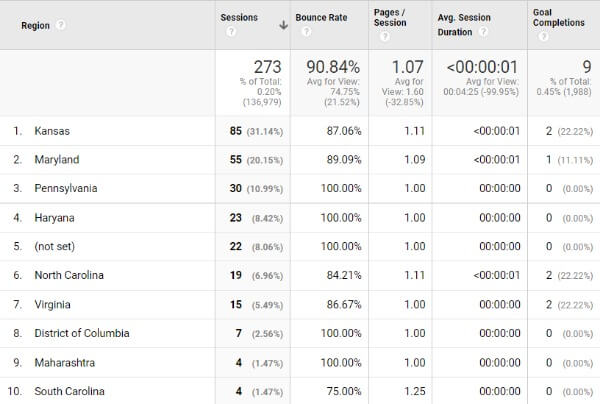 Out of the 273 users above, all of whom were on Desktop, only nine actually triggered the Analytics Goal. With any other traffic source, this would almost never happen. When you observe behavior like this from your ads, it makes you wonder what type of users could possibly consistently display such behavior, but it’s more likely that they’re simply not real users at all.

Steps You Can Take to Prevent Programmatic Ad Fraud

Realizing that you’ve fallen victim to ad fraud can be demoralizing—especially if you’ve realized that thousands, or even hundreds of thousands, of your marketing budget dollars have gone to waste due to ad fraud. Not all hope is lost, though. There are several steps you can take to prevent falling victim to programmatic ad fraud.

Analyze budget with quality versus quantity in mind

Fraudsters will continue to take advantage of marketers’ historic obsession with reach as long as we continue prioritizing quantity. When you look at the numbers, consider how many visitors and contacts actually turn into leads. How many qualified leads are you actually getting out of your ads? When you stay laser-focused on quality over quantity, it becomes easier to suss out instances of ad fraud.

Go straight to the DSP yourself

Instead of relying on ABM platforms to do all the work for you, go straight to the DSP instead. This will give you more visibility and control of your ad campaigns.

In an ABM platform, your access to features and functionality that can help reduce wasted ad spend is very limited. Once you have direct access to the DSP, there are several various features and integrations that can be implemented to reduce bids on impressions that are likely fraudulent. This depends on the DSP, but can include features such as brand protection and pre-bid blocking.

Aside from these, there are other tactics you can employ that will help improve the quality of your ad traffic. Here are some examples:

High-quality data is everything in ABM, yet Demandbase’s 2020 ABM Market Research Study reports that high-quality data is the biggest challenge for marketers. Your programmatic ad campaigns will only be more successful when it’s fueled by accurate data.

DealSignal’s ABM Effectiveness solution can help you assess your Total Addressable Market, discover new accounts and contacts, and provide you with the precision targeting criteria you need to successfully launch ad campaigns.

“Now that we have DealSignal enriching our SFDC deployment with fresh accurate data, we can confidently take a highly-personalized approach to ABM—and it’s having a positive impact at every level,” said Jeremy Middleton, Director of Revenue Operations & Digital Marketing at Pramata.

“Our email open rates have doubled, click rates have quadrupled, and we’re seeing a 4x lift in sales conversions.”

The key here is that the increase in clicks have actually led to greater sales conversions, meaning the quality of leads coming in from ABM ad efforts is high. Working with a foundation of good data will help you run more cost-effective ads and scale your ABM efforts efficiently. To learn more about how ABM Effectiveness can help your team, you can request a free demo here. 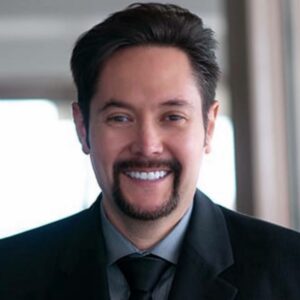 Peter Garza is the CMO Advisor for DealSignal.

Peter Garza is the CMO Advisor for DealSignal. 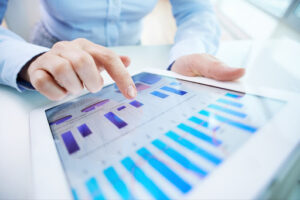 What is Intent Data

How Does Intent Data Differ from Web Tracking Data? Understanding the intricacies of web tracking, including measurements, analysis, and reporting, can get confusing. Through web 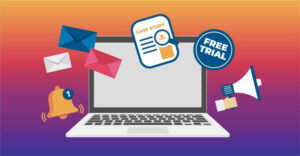 Sales prospecting is the process of identifying potential buyers (prospects) and then building a business relationship with them. 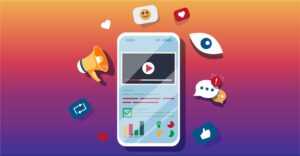 Creative video content, intent data, AI, and the metaverse—these are just a few key areas that B2B marketers are predicting will be hot in 2022.

Get a Demo
Start your Free Trial